Award-winning sommelier Zack Charilaou is wine director at M restaurants. He tells us why all his wines are winners, whether they cost £8 or £800. By Corrie Bond-French.

Traditionally, the role of sommelier doesn’t crop up very often in school careers advice options; for most teenagers a good nose and palate isn’t a prerequisite on their CV or university application.

Unless you happen to be Zack Charilaou, that is. At just 25, his is a career trajectory that has bucked the trend. Young, knowledgeable and bursting with infectious enthusiasm for his subject, Zack is at the forefront of a new, youthful appreciation for wine.

Gone, it seems, is the sommelier of old, the image that springs to mind of a curled moustache, starched napkins and a perceived haughty demeanour.

From working in a bar aged just 15 to becoming UK Sommelier of the Year in 2015, with a clutch of other awards along the way, Zack has now spent the best part of a decade honing his skills and craft.

From his first wine tasting when he worked at Gaucho restaurant in Manchester, Zack became the youngest qualified sommelier in the country at just 18.

“It just clicked with me, I enjoyed the taste and the experience, then the company put a lot of faith in me,” he says.

“You are born with the palate though, you can train the nose but the palate is just one of those things.”

Now, as wine director at M restaurants, Zack oversees both the restaurant in the City and the Victoria branch, which opened last November. The onus is on making wine more accessible and appealing to a younger generation.

“I think wine’s such a traditional subject,” says Zack. “There’s such a lot of culture around it. Even with things like screwcaps, there are still a lot of people who don’t accept screwcaps and don’t associate them with quality, and I must admit to having been a little bit snobbish about them myself.

“But it’s all just because there’s a bit of an art, it’s all about the theatre of having a bottle of wine in a restaurant and there just isn’t the same feel about it.

“We want to make wine more approachable,” he adds. “I think wine was always about, you know, [people aged] 30-plus, maybe a bit of snobbery, it was always quite a mature thing, something you did when you were a bit older. We’re trying to make it a bit more fun and accessible; to relate it to the younger generation.”

The M blend of restaurant and wine retail is a winning combination – the restaurant has won a best new restaurant gong alongside Zack’s success as Sommelier of the Year.
“The best way to open up to more people is to give a wider offering, so we’ve got the wine shop and the restaurant, but the really unique thing about our wine shop is that we’ve managed to get wines that are only made for restaurants and sell them at retail,” Zack says.

State-of-the-art technology ensures that M’s huge variety of wines, all tested and chosen by Zack, can be tasted, meaning that customers are then able to try before they buy. And with expert knowledge on hand, there is a bottle for every budget.

Customers can choose wines priced from £8 to £4,000, and Zack is adamant that even the bottles at the cheaper end represent excellent quality and value for money.

“We’ve got the 30 best wines in the world, what we call our ‘icons’, available, but that’s not what we’re about – we have shelves dedicated to wines costing from £8 to £15 and these are really great value wines.

“I have to try over 500 wines to choose that selection of 20 wines to make sure that while we’re selling wines that cost from £8 to £15, they don’t taste like they’re £15. I want to give great value so people get home and say, ‘Wow’.” 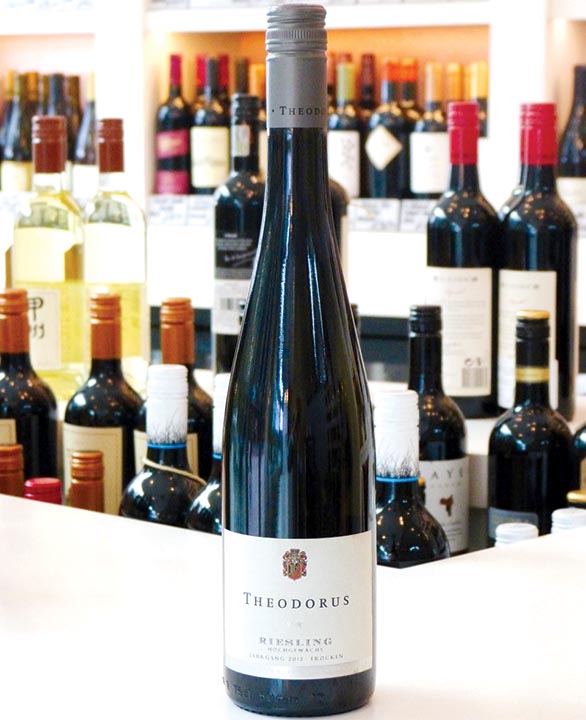