Author William Dalrymple has been in love with India for 30 years and written many books about the country. He tells Selma Day that it was just pure chance that he ended up there

Last month saw the famed Jaipur Literature Festival arrive at the Southbank Centre, showcasing South Asia’s literary heritage through a day of talks, music and readings. We caught up with festival director William Dalrymple, the author of nine books about India and the Islamic world, including White Mughals, The Last Mughal and his most recent, Return of a King: The Battle for Afghanistan.

When did your fascination with India begin?

Knowing nothing about India and with very little interest, I ended up there by total accident, aged 18. I was in a state of total confusion for about a week and then fell rather hopelessly in love with it and it’s a relationship that has continued until this day. It’s 30 years this year.

What changes have you seen in India over the years?

It has been very nice watching India change because all the things that I love most like Kabootar Bazi [the tradition of pigeon flying] in the city, the Sufi shrines, the Sadhus, the old gentlemen in their frock coats, the Qawwalis – all that stuff is still there. But there are now fantastic multiplex cinemas, good delicatessens, places where you can get cheese and decent-ish wine – it’s like an extra ring to the tree. So this whole kind of modern façade has been attached to the old India that I fell in love with.

For people who have never been to India, what things should they see or do?

India is a huge country that is really more like a continent and it’s like saying what would you go and see in Europe because the Himalayas are as different from Kerala as the Norwegian fjords are from the Spanish Steps. There are only three areas of India that have been intensively explored by foreign tourists – Rajasthan, Kerala and Goa. Anywhere else, you are more or less on your own. I love to explore other areas like the Champa Valley and Dharamsala, Andhra and Uttar Pradesh – places that are full of the most amazing ruins. Often you don’t get the posh, boutique-y hotels but the payback is that you are the only person wandering around the temples and there is a far fresher hospitality in the people there than the slightly jaded hoteliers of Jaipur and Jodhpur.

Does the British experience in India tell us that the only way to control a country is through cultural colonisation rather than military intervention?

The British never successfully colonised India culturally. India has always been a place where many different cultures have co-existed and, while the English language, British institutions, British sports, British habits and British tastes joined the general mayhem of India, the language was never spoken by more than a tiny fraction of the population and Indian culture, by and large, survived completely intact. It’s possible now to forget that the British were even in India. The British experience in India seems in many ways as distant as the Roman conquest of Britain. It’s a very tiny superficial military subjection that lasted a century really – the Empire proper only really started in 1857 and we were out by 1947.

Did anything good come out of the British rule?

When the British came, India was the richest country in the world. When we left in 1947, we left a third world country – terrible famines and India was in a bit of a mess. It had nice railways and roads and courts of law but it was a very poor country indeed. What it did was take away India’s self confidence in its own culture. So you have this strange mix in India today of, on one hand, a touchy belligerence about Hindu culture and, on the other, a lack of interest in the past – many Indians will say they’re they are only concentrating on the future. On the plus side, it did create a united India.

Are there any areas of history that you haven’t explored yet?

Yes, hugely so. What’s lovely about India is that it has allowed me to wear a lot of different hats over the years – I’ve been an art historian, a foreign correspondent, historian, cultural entrepreneur, festival organiser – it has given me a fantastically varied and interesting career. So it would be lovely to now go off and write something on ancient Buddhist art or something like that. I’m extremely interested in the Ajanta frescoes.

Which of your books are you most proud of?

I always get particularly enthused by the most recent one. That weird thing happens when you go off and start a new book – you forget all about the last one. These people you are living with and sleeping with and are there in your dreams and you are totally part of for five years of your life begin to fade away rather like old school or college friends you haven’t seen for a long time and you suddenly recognise them when you meet them again.

Which writers do you admire?

Which book evokes the spirit of India more than any other?

One of the translations of the Mahabharata – there are four or five volumes in the Clay Sanskrit Library. That to me is the great Indian epic. You get deep into mythology and the lost world of Ancient India. Out of modern books, probably The God of Small Things.

My next book is called The Anarchy and it’s a prequel to White Mughals. It’s about the early Brits – the 60 years between 1739 and 1803. It’s about the rape, plunder and how the Mughals lost it to the Brits. It’s going to take a while – it’s going to be a big one. 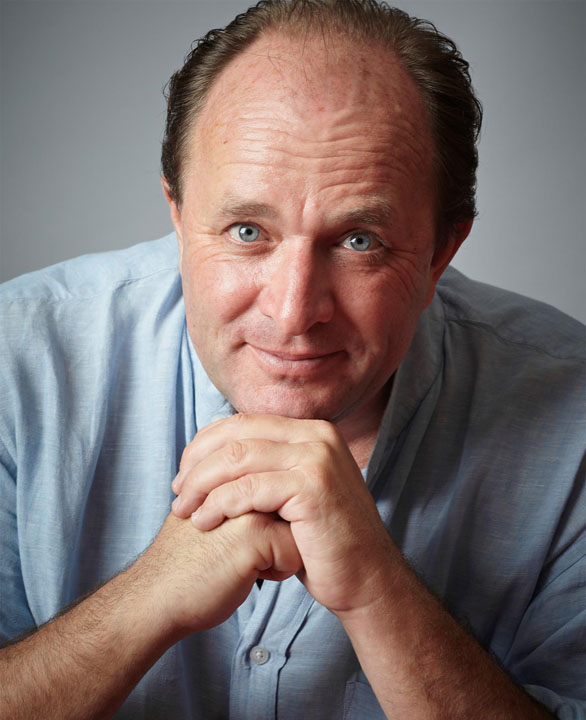