Talking about a revolution

This year marks the centenary of the Russian Revolution. Here, guest editor Julian Farrow introduces our Russia and CIS special and reviews the role literature has played in creating social change

One of the hugely motivating factors for me to become immersed in the Russian speaking world has been its literature and history. From the first time back in the late 1980s when I borrowed a battered old version of Tolstoy’s Anna Karenina from my sister’s library, I was hooked. I wondered how a morality tale, such as this one, could permit such a large part of the story to be dedicated to agrarian reform, when the main premise of the story was a social scandal created by an adulteress moving between St Petersburg and Moscow. Quite remarkable! Who are these people that can mix a tale of women ignoring the social norms of the day with highly detailed public administration structures for the poor?

I scratched my head to try and contemplate such a people. Of course, once you start to scratch the surface, answers appear. It seemed peculiar until you realise that Russia, much like England, had attempted to reform and re-structure itself through its literature, by its writers and thinkers. However, England’s story, and thus the UK’s, could not have been more different. We probably had, at some points, the necessary cocktail to allow for dramatic scenario’s. Discontentment with the ruling class after World War One, little access to education and health for the working classes, unemployment and economic depression were symbolised, most profoundly, by the Jarrow Marchers.

However, England modified, often reluctantly, but did modify – it kept the “lid on” and always has – bar a few simmering “boil overs” since the 1980s from Toxteth to Tottenham. Russia on the other hand, while its great thinkers and writers lamented over the chronic social inequality of that time, could not create the conditions for progressive change; Russia could not or would not reform itself. Its social historians failed to move its government to make the necessary changes but, as with England, in the 19th century, Russia also had writers highlighting injustice.

Dickens was horrified by talk of the “economic surplus” – the belief that if you have no work you should send yourself to the workhouse or, better still, desist from living. No “Tiny Tim” analogies would move the Russian ruling elite, of that time, to act. Russian writers also worked hard to highlight injustice and succeeded in doing so,but failed to negotiate a consensus for change with its governors. Autocratic power was, and by many probably still is, considered to be the only appropriate style of government for Russia and Russians. I find it hard to accept this, and the truth is probably due to the fragility of life and not wanting to rock the boat – boats turn over.

In a country of extremes like Russia, it is important to appreciate the fundamental needs of humans: warmth, shelter, work and sustenance. Accepting the status quo – indoctrination in education, maintaining highly conservative social attitudes, etc. helps to underpin an autocratic leader; helps to maintain control. It means that, rather than the conditions for systematic change being possible, society moves from one system to another without the fundamentals ever adapting.

In 2017, this is the perfect time for reflection with the centenary of the Russian Revolution, which has not only had a profound effect on Russia but also upon the world at large.

On a fairly long flight back to London from Georgia the other day, I took the opportunity to re-watch Doctor Zhivago. Pasternak’s monumental work shows from their side the subtle as well as the extreme ingredients that led to the Russian Revolution. Hardship and an ability to be blind to human suffering were the extremes but inequality was manifesting itself across society – the difference in Russia was that the “basic” elements of a free society were missing – the ability to congregate, to demonstrate and to protest. Therefore, frustration grew until, not only did the lid come off, it well and truly popped off. But through this darker period in Russian history, we were shown that “every cloud has a silver lining”. In this instance it allowed for new forms to exist – centred around the Constructivists.

The romantic notion that you can re-build a society without the need for brings and mortar – just change the angle in which you see the world and you will construct a new environment, all by yourself. This is something we all need to remember. The soviets taught their children, subliminally, through the subconscious, to dream of the universe. The cosmonaut program allowed these children to imagine. The first space dogs, Belka and Strelka, to return from orbit in the Russian space program were immortalised in children’s books and cartoons. If these furry friends could achieve orbit, was might be possible for the nation’s youth? Of course, contradiction is at the very core of humanity – nothing is ever simple.

However, the “simple” facts are that, as a consequence of its history, we have 810,000 Russians (I am reliably informed) in the UK. These Russians are mostly the product, in some way, of the revolution and they bring their dreams and constructivist thinking here to London. And as a “melting pot”, London receives their “different angle” or perspective and welcomes it. The very success of London, as a global city, and Mayfair as its beating heart, has been its ability to mould and shape it’s future – adapting in time and never too late. 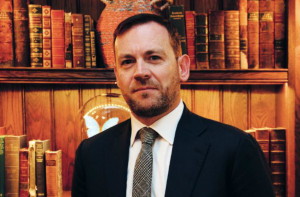