Jo Malone is one of the beauty industry’s best-known names, but her journey to the top wasn’t easy. We meet her at Jo Loves, her fragrance shop on Elizabeth Street. By Jonathan Whiley.

For a fleeting moment her words crackle; tumbling out of her mouth like a cloudburst on what is a crystal clear late summer’s day.

“I felt very let down by my parents for a long time,” Jo says, her emerald green eyes fixing me with a steely gaze.

“Writing this book, being older and being a parent myself now, I realised actually how special they really were and I fell in love with my mum and dad again.”

Revisiting the past for her autobiography, My Story, has been an emotionally charged affair. Her mother, father and sister all died within the space of 18 months and went to their graves without ever fully healing the wounds of what was a fraught relationship with Jo.

Her mother, who owned a skincare clinic, would never forgive Jo for making the decision to go solo and consequently her immediate family all but disappeared from her life.

For a time they had worked together until a stroke changed her mother’s personality. After 18 months in an intense working environment, an argument broke out over face cream and Jo’s mum hurled a jug at her daughter’s face.

Jo walked out, setting up her own business and taking 12 clients – including Sarah Ferguson, the now Duchess of York – with her.

There were attempts at reconciliation in later life – lunch appointments, day trips, phone calls – but the wounds would never heal even if the love, Jo says, has grown stronger.
“I fell in love with my dad’s creativity again and my mum’s tenacity and I understood so much more about my parents than I ever did,” she says. “Without writing the book, I may never have visited that.

“I just feel eternally grateful that they were my mum and dad, regardless of all the tough times and the terrible things that we did go through.”

Relaxed, candid and charismatic company, it’s easy to forget that Jo is a powerhouse of the perfume world who grew up in the unassuming surroundings of a poky bedsit in Bromley.

“People think I’m a really posh bird and I’m really not,” she says, sipping a cup of builder’s tea as if to illustrate her point. “I’m very much that down-to-earth working class girl made good.”

Although happy, her childhood was tough. Money was tight; often the family would not have enough cash for the electricity meter and depended on heat from the oven, which they would turn on and leave open.

Arguments between her parents became commonplace – on one occasion her father gambled away the family car – and even at 10 years old, Jo felt the weight of responsibility on her shoulders.

She would look after her sister Tracey, clean the house and keep the fridge and cupboards stocked using loose change she would salvage from the back of the sofa.
At 11, it all became too much. She vowed, one particularly cold morning, that she would never live a life defined by struggle, unaware that years later she would go on to make millions and run one of the most instantly recognisable beauty brands in the world.
I ask her which parent she thinks she is most similar to. “Down the middle,” she says, citing her mum’s work ethic and her dad’s artistry.

“I’ve got this saying that nothing in life is ever wasted and I do believe, no matter what happens to you, no matter how awful, you can always turn everything round and make it positive and I think that comes from both my parents.”

I can’t help thinking how cruelly ironic this last sentence is, given the way their relationship played out. Although a searingly honest memoir, Jo admits that certain elements were left out. Were parts of her family dynamic too raw to revisit?

“It just felt the right thing to do,” she says, pausing. “Yeah.”

Despite being asked to write her autobiography for the past five or six years, Jo says that it was only recently that she felt “ready emotionally”.

“What I wasn’t ready for was the unpacking of emotional luggage. There were some things that were really painful and then there were other things that made me smile and I think you have to be in a really secure place to do that.”

The 52-year-old sitting in front of me today is brimming with an energy and zest for life that’s as potent as any of her signature scents.

The top note is a combination of easy confidence and clarity of thought, built on a base that’s heavy with a natural authority befitting of her business acumen.

In short, this is a woman who has lived life and dealt with the slings and arrows of outrageous misfortune.

Two years after giving birth to her son Josh – “the most wonderful scent in the world and the only smell I cannot describe” – she was diagnosed with breast cancer.
A double masectomy and months of chemotherapy would follow and confronting her own mortality gave her a new perspective on life.

“When you come out of chemotherapy your mind is very muddled,” she says. “Then clarity starts to come back in and you want to spring clean your life.”

In the aftermath Jo got rid of “everything and everyone I didn’t want”, surrounding herself with positive people and vowing to adopt a different lifestyle.

“I was only going to eat healthy food and never drink and never sit in the sun or do this or that,” she says. “My whole life was a big shopping list of how to live longer.”

Eventually she realised that wasn’t a healthy or realistic way of living her life, but she became more driven than ever before.

“What was different about me was my directness,” Jo says. “When I had an idea in my head and wanted to make a decision – ie, leaving the business – that’s all I could see.

“Now when I sit back, I realise chemotherapy was probably still in my system. I was frightened and so decisions I made I thought, ‘Right that’s it, I’ve got to make them today,’ whereas I would have made a very different decision if time had been reversed.”

She’s referring, of course, to the split with Estée Lauder in 2006. It was the end of a relationship that dated back to 1999 and remains, despite everything in her personal life, the thing that she found the most difficult to write about.

“Fighting cancer was a very tough time but it wasn’t the worst time of my life,” she says. “I think probably the worst time was not being part of an industry I loved and realising I had made a huge mistake in my life.”

The Lauder deal took away possession of her own surname and she was handcuffed from doing anything in the beauty industry for five years.

At the time the “lock-out” clause seemed irrelevant; she vowed to spend more time with Josh, convinced she wouldn’t ever make a fragrance again.

But within weeks frustration grew. At one point she even drafted a CV and wrote a list of potential career options including starting up a vineyard and becoming a hairdresser.
For half a decade Jo says she was “lost in a wilderness”, feeling caught up in “my own warped version of Trading Places, standing on the outside looking in”.

Then came the fightback. After establishing “Jo Loves” as a brand name, she opened a new shop on Elizabeth Street in 2013 where – fittingly – she had started working life cleaning toilets and sweeping the flowers at what was then a florist.

“It’s my stomping ground,” she says of the area. “I walk my dog round here, I shop round here, I eat in the restaurants. I know almost all the traders; they are like my family.”

It was Oprah [Winfrey] who gave Jo the best piece of advice she has ever received – “she said own everything you do” – and since launching her new brand, Jo’s distinctive fragrances have once again caused a buzz in the industry.

Women with big personalities have played a crucial part at various points in her life and legendary skincare expert Madame Lubatti is certainly never far from her thoughts.
“She was the first one to really believe in me, not as a daughter or a pupil, but as a person,” Jo says. “She treated me very much as a person; the love of cosmetics came from her, the love of this world that was completely about storytelling. I would say that she was probably my first best friend.”

There’s an anecdote in the book where Jo recounts the day Madame Lubatti insisted they return home immediately as she had forgotten to put her knickers on.

It’s a funny tale and yet one that looking back, is tinged with sadness. Jo bawled when she first read it in print she says, recognising that it was the first sign of Lubatti’s dementia.

Behind the passion and the drive, there’s a real vulnerability about Jo. Perhaps surprisingly, it’s the small things that faze her the most.

“The bigger the thing, the bigger the drama, the more I cope,” she says. “It’s the little tiny things that send me flapping, which is really weird I know. I can’t drive a car [she’s dyslexic and can’t tell her left from her right] and the other morning I went outside and our car was about to be towed away and I had a complete meltdown.”

“Before I walk through the door I think, ‘Three questions Jo, three questions,’ just in case I get stuck. I can’t bear being stuck in a situation.”

Fame is merely a by-product of her success. Today she wears it as comfortably as the casual jumper draped round her neck but without it, she insists she would still be a shopkeeper.

Jo is aware, however, that the release of her autobiography provides an opportunity to open up worldwide markets for the Jo Loves brand.

Is her success tinged with sadness I wonder, given that her family can no longer share in what she has achieved?

“Yes and no,” she says. “I think they found my success quite hard so it’s a bittersweet question.”

She admits she would have loved to have a close relationship with her family, despite everything.

“Families do fall out and things do happen in life but nothing is beyond forgiveness,” she says. “It doesn’t matter what it is, nothing is ever beyond saying ‘I’m sorry and I love you.’”

As we leave I can’t resist telling Jo that she strikes me as a ballsy woman. She breaks into a wide smile and laughs generously. “I tell you,” she says, “I want that on my gravestone!”

My Story, by Jo Malone, is published by Simon & Schuster, priced £20, and is out now. 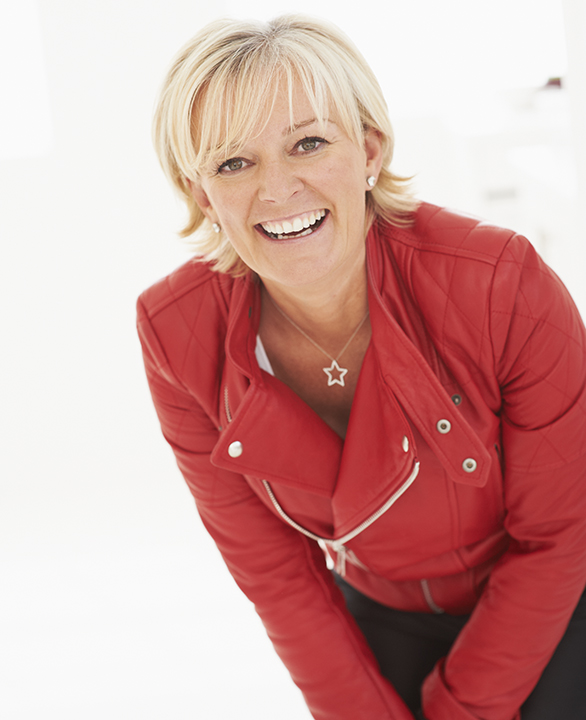