Leo de Vroomen is renowned for his bold and innovative jewellery that is the epitome of elegance and sophistication. Cally Squires met him at his Elizabeth Street boutique

Sitting down in Leo de Vroomen’s Elizabeth Street shop, I get a preview of some of the stunning jewels that are to be displayed at De Vroomen: Harmony in Colour and Form, the exhibition that is running until July 26 at Goldsmiths’ Hall.

Leo has amassed 130 pieces of his jewellery for the showcase, travelling to San Francisco, Palm Beach and New York to personally collect his pieces from their American owners.

“A lot of my clients are in the United States, so I’ve managed to persuade them to lend their pieces to us,” he says. “They have kindly agreed and they won’t get them back until the end of the exhibition in July.”

The show opens on April 12 and in typical Leo style, the jewellery won’t be displayed chronologically. “Very boring”, he says.

In fairness, Leo’s fabulous, bold and unique style is hard to date. “Look at this bangle that was made in 1983,” he says. “If people see it today they still love it – it’s timeless.”

The now-famous jeweller moved to England in 1965, and set to work in a factory outside the capital making “really horrible costume jewellery” to pay the bills. He soon found out more about the jewellery world, and in particular a guy who had just left the factory, who was from the Royal College of Art.

“My colleagues told me that his mum lived round the corner in Twickenham. I went to see her and found out that he had bought himself a little workshop on Old Church Street.”

That designer was renowned goldsmith David Thomas, who employed Leo (by then already a well-trained craftsman in his own right) to make his designs come to life. Thomas also got him a part-time teaching job at the Central School of Art and Design in Holborn.

While teaching he crossed paths with an ambitious student who wanted to make a particular bangle in silver. “The tutors talked among themselves about how to make this bangle, and they all said to cast it in silver and make it in wax first. I said, ‘No, let’s do repoussé,’ but nobody knew how to do it.”

Luckily Leo had seen the repoussé technique being done before by a colleague of Thomas, so offered to help his student and they embarked on making the bracelet together.

He disappears into the basement workshop of 59 Elizabeth Street, and reappears with said silver bracelet. Why does he still have it after all these years? It turns out he went on to marry that student, Ginnie, and they set up a business together with her as the designer. The bangle will, of course, be part of the upcoming exhibition.

While she was raising their children, Ginnie took a step back from the business and Leo hired another designer, “someone I could shout at”, he jokes. However the couple have just started working together again, and have designed four brand new pieces especially for the exhibition, collaborating with four different enamellers.

Neither of the couple’s children work in anything related to the family business, but Leo is relaxed about it. “If my son didn’t have exactly the same passion that I have for the business, there would be big arguments, because I’ve worked all my life, crazy long hours. You can’t expect everyone in your life to have that same passion. It’s a very creative job this, and very personal.”

To that end, Leo would “rather travel the world with a piece of jewellery trying to sell it, than be commercial and say, ‘I’m going to make diamond eternity rings.’” The couple never dreamed about building a brand empire – they prefer to “happily make beautiful things”.

Leo jokes that his covetable creations can actually save women a huge amount of money on expensive clothes. “My style looks fantastic worn with just a pair of jeans and a nice linen shirt or black T-shirt,” he says. “The moment you start dressing up to this kind of jewellery, the jewellery dies.

“Most women ignore their ears and wear little diamond studs. The Americans used to buy a pair of bold ear clips and say to me, ‘These are really good workhorses.’

“That’s the phrase they used because they could carry them off all day to work, and in the winter wear them with an amazing coat and go anywhere. Then it doesn’t matter what you wear underneath.”

When it comes to sourcing the material for his pieces, usually the stone comes first. “With something simple like an oval cabochon, you can do lots of things with it. With a more unusual stone I like to keep things clean and simple and let the stone do the talking.”

Leo goes all around the world looking for his inspiring stones. “Next weekend I am going to a big international fair in Munich, and we also go to Basel,” he says – although sometimes dealers will come to him in Belgravia with their latest finds.

It is normally love at first sight, “particularly if it’s not a common stone”. He brings out a marquise cut tourmaline ring to demonstrate. “I could get a bucketful of one carat diamonds by the end of the day. But this stone, there isn’t one like it in the entire world, because the next one will be a slightly different colour with slightly different inclusions.”

Unlike diamonds, with this stone “the inclusions make it even more exciting”, he says. “If the stone was spotlessly clean, it would have been cut like a faceted stone. But this stone is cut [in a smooth rounded shape] to actually make the most of the inclusions.”

He is not a fan of impure white gold, preferring to work in yellow gold or platinum. “Platinum is a natural white metal, but white gold has other metals like nickel in it, which gives it the white colour.”

Leo arrived on Elizabeth Street in 2002, after almost 40 years travelling the world selling his work with – as his wife says – “missionary zeal.”

From an early age he had a passion for creativity, but came to jewellery by accident through his uncle, who was a jeweller. “As a 16-year-old boy I would mess around in his workshop, and he got me an apprenticeship.”

In the early days there was hardly any commission work, but now he says that about half of what De Vroomen does is bespoke commissions. He doesn’t mind people bringing in their own stones, however “we are quite fussy and won’t necessarily do what they want in terms of design. We reserve the right to decline work.”

And with that it’s back to the grindstone for Leo. Even though it’s a Friday night he is staying late to put the finishing touches to his book, De Vroomen, which comes out in April. It’s sure to be a riveting read. 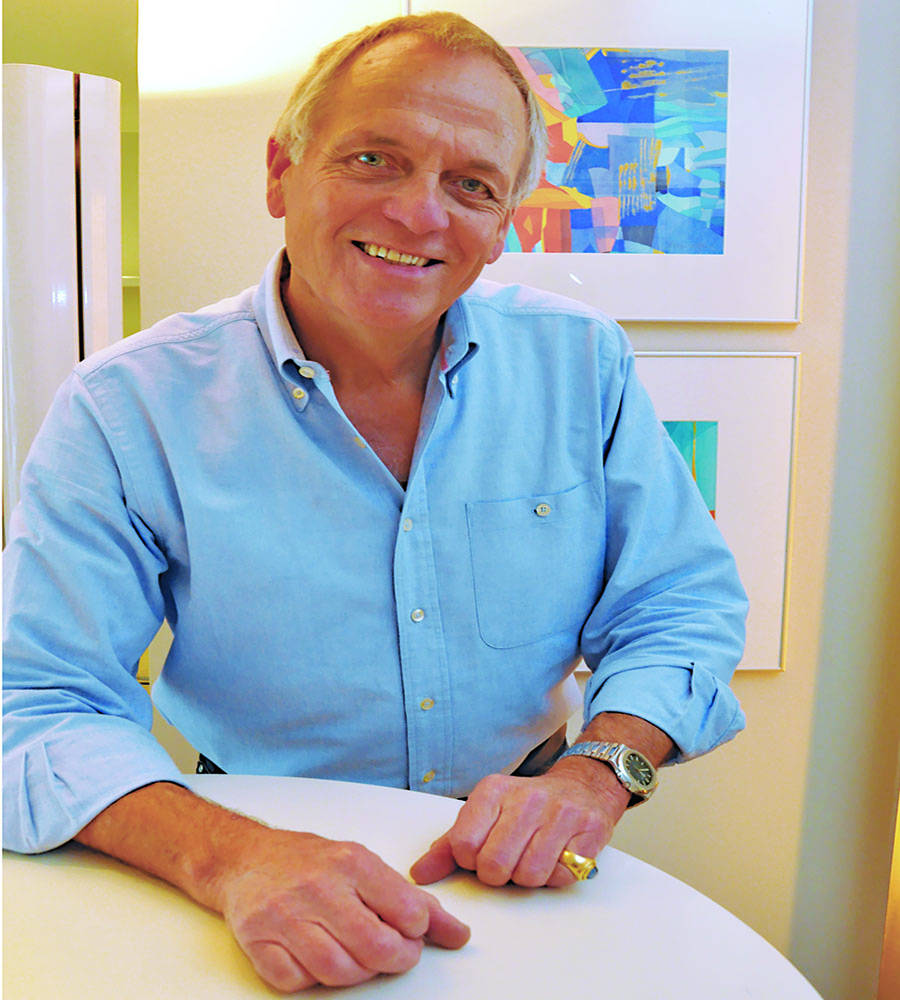