Despite her privileged background, Princess Reema Bandar Al Saud was instilled with a strong work ethic, becoming an entrepreneur and charity campaigner. she tells Selma Day why her new handbag and luggage collection is inspired by her nomadic Bedouin roots, and how the needs of Saudi women are changing

Princess Reema Bandar Al Saud is the granddaughter of the late King Faisal Bin Abdul Aziz Al Saud of Saudi Arabia and Queen Effat, daughter of Prince Bandar bin Sultan. Raised and educated in Washington DC, she returned to Saudi Arabia and started to build businesses in her native country. In 2008, she was named in the Top 20 Arab Businesswomen list for her success with Yibreen – an exclusive women’s day spa she co-founded. She is now the CEO of ALFA International, a leading luxury retail corporation based in Saudi Arabia, which operates the Harvey Nichols department store in Riyadh.
Recently, Princess Reema founded private-equity company Reemiyah, through which she is launching several fashion and beauty related businesses. The first is Baraboux, a handbag and luggage collection designed to be practical yet attractive, and inspired by the Bedouin tradition of travelling with all one’s belongings in the most efficient manner possible.
Social responsibility and charity work are a major part of her activities, focusing primarily on women and children’s issues. She is a founding member of the Zahra Breast Cancer Association and in 2010 picked up the Guinness World Record for organising the world’s largest human pink-ribbon chain to raise awareness of breast cancer. She was also the driving force behind A Woman’s Journey: Destination Mount Everest, in which ten Saudi women climbed to Mount Everest Base Camp, again for breast cancer awareness.

How did the idea of Baraboux come about?
I was travelling quite a bit with both my children, and was finding it quite frustrating to get to where I needed to go efficiently but still looking elegant. I’m a mother, I’m CEO of a company, I’ve created my own line and I go on holiday, so within my day I’m taking one hat off and putting another one on. I think a lot of women these days are multitasking and multi-managing their days, so I thought, wouldn’t it be great to have one bag that had everything? So, the idea of Baraboux is: how do you get a woman from A to B in the most convenient, functional and practical way possible, that is still chic and not blowing the budget? During your day, you only need certain parts of a bag, so we made detachable pochettes that move from bag to bag for things like your lipstick – so when I go out to lunch, I’ll just take that and leave everything else in the office. That’s how the collection came about, and we came up with the tag line “one bag with many destinations”.

What’s your motivation for launching it?
I want a business that I can see grow, and to have something to give my children as a heritage. This isn’t a vanity project. The reason I work is because my parents raised us to work. Their point was, whether or not you are doing it for the pay cheque is irrelevant. If you are capable of going out there and causing good, go out and do it.

Has your background influenced your designs?
The only thing Middle Eastern about this collection is the fact that I am from the Middle East and that I do have a Bedouin heritage, where you only took with you what you could carry. And the modern Bedouin woman – whether she’s from the Middle East or downtown Missouri, it doesn’t matter – she is a nomadic individual by nature.

Have the shopping habits of Saudi women changed over the years?
Completely. When I first took the role at Harvey Nichols, I’d say the majority of the spend was on evening and cocktail dresses, whereas recently the mix has changed. It’s definitely a lot more of a contemporary buy, so we’ve seen a large uptake in sales with, for example, Diane von Furstenberg, Phillip Lim and Derek Lam. And you could pinpoint the cause of that as being careers and job opportunities for women – you are not going to be as willing to make such high purchases when you are spending your own money.

Is there a move away from the big brands?
I think it is evening out, because you have a wider spectrum of people shopping now. The Middle Eastern woman who is travelling now is different from the historic Middle Eastern woman. You’re still going to get the Harrods client – it’s an obvious destination – but your younger customer today has no problem mixing high street with high fashion. They are not looking for obvious fashion any more, so it’s not going to be your top-to-bottom Dior girl. Sure, she’ll carry the Dior bag, but with the Zara pants, the H&M top and the DVF accessories. So she’s a little bit more sophisticated, and I would say a lot more confident in her own fashion sensibility. With the advent of the internet, and social media, e-entertainment and television being everywhere, people are a bit more comfortable expressing themselves, and more confident, which I think is a normal growth pattern for any kind of community. But we are an ornate society – we enjoy dressing up, we enjoy evenings out, we enjoy eating together, and women are never going to stop having weddings and all that. But the difference is there are wider conversations to have, and that’s what I find more interesting.

What do Arab women like to do when they are in London?
That is good question. The thing is, back home, the environment of socialization is very different to other places in the world. I grew up in the States, where our weekends were taken up with going to the theatre, the ballet or a museum. But in the Middle East, particularly in Saudi, that is not available to us, so your mental thought process of ‘I’m going out’ is ‘I’m going to the mall for my entertainment’, and that equals shopping and food. But, very recently, there’s been a huge push from the arts movement in Saudi. Art is now becoming a commonplace topic of discussion, and going to galleries and seeing artwork is something the younger generation is looking for. So when they come here, they do want to go to music concerts, they do want to go to the movies, they do want to see what artistic activities are happening and not necessarily caring that it’s a Monet or a Degas – they do want to see what Damien Hirst is doing. And you know what? They do know who he is, and they do know who Anish Kapoor is, and it’s exciting to be a part of it.

Is the role of Saudi women changing?
Completely. I wouldn’t say the world is their oyster yet, but that oyster has opened up so much. We’ve got ladies working in grocery shops and hotels, as saleswomen and cosmetic artists, doing fashion, graphic and interior design – and we even have women in the Shura Council, which is phenomenal. 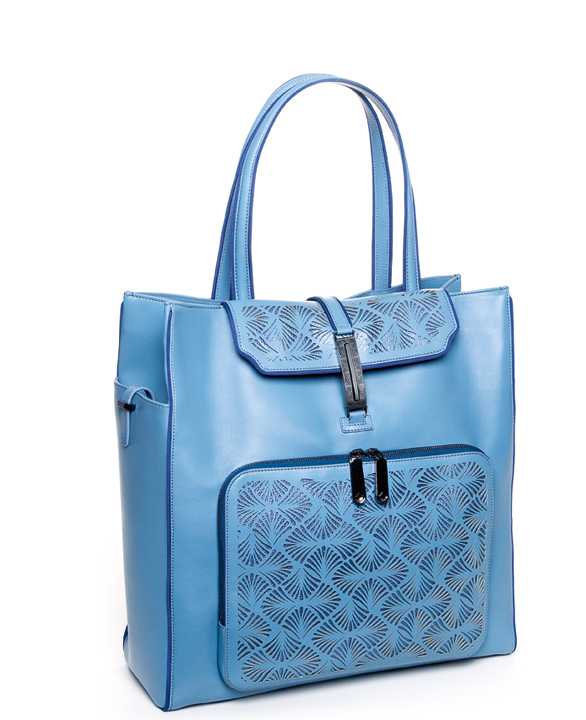