Since launching her signature collection of boldly patterned bags in the 1990s, Orla Kiely has become a byword for colour and print. The designer talks to Sophie Bishop about her passion for pattern and the opening of her Chelsea store.

The 1990s were a fairly bleak decade for design. Colours were muted, materials hard and pattern was a distant memory from the past. For a colour junkie like Orla Kiely, it was a depressing time.

“Advocates of minimalism attest to its spirituality and serenity,” writes the Irish designer in her new book, Pattern, “but for those of us who enjoy colour, such blank canvases amount to sensory deprivation.”

Her response was to launch a capsule collection of boldly printed, colourful bags that broke all the rules of Nineties minimalism. The bags were a hit and a a brand was born.

Almost sixteen years on and that brand now encompasses a full ready-to-wear collection, accessories, home ware, furnishing and luggage, all sold in shops and outlets across the globe. Her popularity has led to collaborations with some of the UK’s hottest design houses, including Habitat and Heals, as well as the Tate and Museum of Modern Art (MOMA,) New York.

It all started with a small collection of felt hats, which Orla presented at her Royal College of Art degree show in 1993. The collection was bought on the spot by an accessories buyer from Harrods, giving Orla the encouragement she needed to persevere with her own designs while consulting for a number of high profile retail companies.

The transition from hats to bags was a logical progression – “no one was wearing hats but everyone had a bag” – and by 1995, the demand for her designs was such that Orla could quit the day job.

There was no grand plan, just Orla and her husband Dermott working together to produce simple, functional bags. “Print, colour and pattern have always been very important to me,” says the designer today and it is these qualities that helped distinguish Orla from her peers.

Her breakthrough came in 2001 with the creation of the Stem – a simple leaf motif that became the trademark print of the brand. “It’s very versatile,” reflects Orla on the design, “a really easy pattern to modify and alter and to style and recolour and add texture.”

A consistent best-seller ever since, the Stem has now graced all manner of objects, from coffee mugs to cushions, wallpaper and even cars, thanks to a new, one-off design-partnership with Citroen.

“It’s one for the girls,” says Orla of the limited edition DS3 design. “Cars aren’t always designed with fashionable women in mind, but this one looks really cute, with nice details like leather headrests and wing mirrors in colour and print”.

There is, however, more to Kiely than just her prints. Her paired down, ready-to-wear collection has been a hit since it first launched in 2004 and Orla now counts Keira Knightley, Kirsten Dunst and Alexa Chung among her loyal clients. As with her bags, the feminine collection of dresses, skirts and separates is largely inspired by the aesthetic of the 1950s, Sixties and Seventies.

“My style for print is kind of clean and simple and bold and I think our fashion is a little bit like that too,” says Orla.” Its wearable, not over embellished, bold and quite strong, I suppose, but there’s a charm to it as well, which I’ve always liked.”

Her first standalone store launched in Covent Garden in 2005 – “a fantastic success since the day it opened” – and a second has now opened on the King’s Road. “The people who shop on the King’s Road don’t really go in to Covent Garden and so it’s nice to be here,” says Orla of the Chelsea launch. “It’s a lovely spot and I think it fits very nicely there. ”

Fans of Orla’s style – and there are many – can now learn the secret of her success through a new book entitled Pattern.

Part autobiography, part design manual, the weight tome is Orla’s ode to pattern and provides an insight in to the inspiration behind her designs as well as giving tips on how readers can incorporate pattern into their own homes. Not one to blow her own trumpet, the idea for the book was originally presented to Orla by the specialist publishing house Conran Octopus.

“It was scary, quite daunting actually,” says Orla of the proposal, “because I knew I’d have to delve in to the archives and find and gather and also I wasn’t sure if I would even have enough to fill the book. But actually, it was very interesting and once I got in to it, a nice way to look back. Because I never look back, it’s always looking forward – you know, next collection, next collection. And actually, an overview was quite nice. It forced me to stop and realise that actually yes, I’ve done quite a lot. Without really realising it, I’ve achieved quite a lot”. 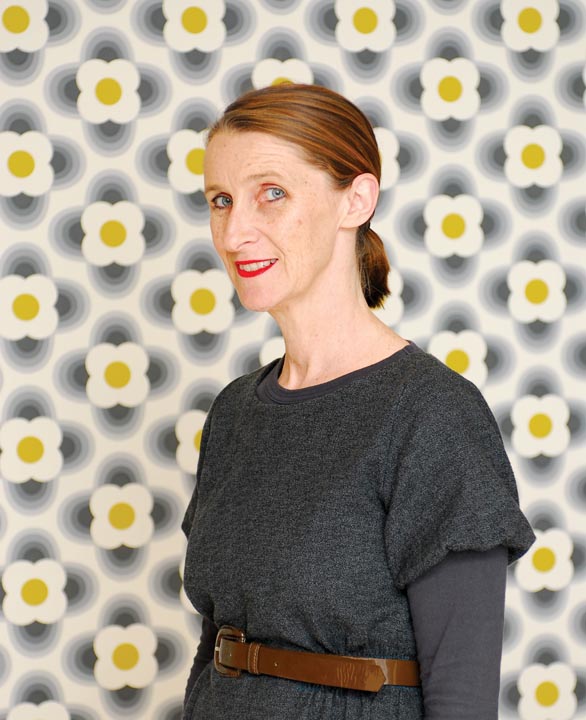