With hundreds of new homes flying up in Victoria, the area is fast becoming a hotspot for savvy property buyers, say estate agents.

House prices in prime London have rocketed in recent years – but despite its central location, Victoria has remained relatively under the radar.

That, however, is changing, with a flurry of new developments putting the area firmly on property-buyers’ maps. They include 55 Broadway – the former London Underground headquarters that is set to become luxury flats.

55 Victoria Street, currently a nine-storey office block that was previously occupied by the Department for Transport, is also being redeveloped as a residential building that will offer 54 new homes.

Meanwhile Parnell House, an office building next to the Apollo theatre on Vauxhall Bridge Road, is set to be extended upwards by two storeys to incorporate new residential terraces.

Despite its new des-res credentials, according to Susannah Odgers from Hathaways on Greycoat Place, property in Victoria can still be snapped up for approximately 40 per cent less than in nearby Belgravia or Mayfair.

“Over the last year we have definitely noticed a change in the perception of the Victoria area,” she says. “For so many years it was considered no more than a transport hub, a thoroughfare through to other, better-known parts of central London.

“However, as a result of the arrival of multi-national businesses like Bentley, joining high-end brands such as Jimmy Choo, it is now being recognised as a centre of enterprise and, as a result, a location for prime residential property.

“Although this is heralded as a new trend in Victoria, it is in fact returning the area to its 20th century status – that of one where people both live and work. We have seen a significant increase in buyers interested in the area.

“The arrival of new restaurants and shops has introduced a new buzz to the area and buyers are appreciating it in its own right, rather than simply for its proximity to more desirable parts of London.”

Estate agent Savills is currently marketing brand new apartments in the Nova development (pictured) ahead of its completion in 2016. They range from one to four bedrooms and are priced between £1.85 million and £4.45 million.

“With Victoria set for a landmark £4 billion investment over the next decade, it’s currently one of the most exciting and desirable locations in London for residential and commercial property,” he says.

“Land Securities’ developments Nova and Kings Gate are two of the best in the area. Both are a mix of residential and commercial property and benefit from further investment by the developer in the public realm.

“They have thought beyond the building itself to the lifestyle of buyers, ensuring everything you could possibly need in terms of restaurants, cafés and shops is right on your doorstep.”

Nick Goble, director of Winkworth Pimlico, says: “Victoria has been transformed by the development and investment being pumped into the area. There are over 1,500 units due for completion in Victoria and Westminster (off Horseferry Road) in 2015. 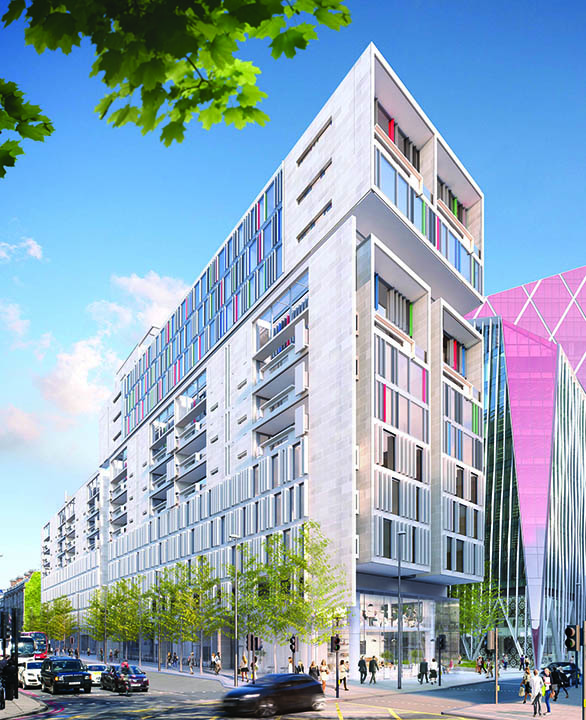