Jane Austen – On the money

With the news that Jane Austen is set to appear on £10 notes, plus the 200th anniversary of Pride and Prejudice this year, Lorna Davies looks at the author’s visits to London – and finds she was quite a Chelsea regular.

From around 2017, one of the country’s most celebrated novelists, Jane Austen (1775-1817), will appear on £10 notes. The sketch of the author, adapted from one by her sister Cassandra, will be accompanied by an illustration of Pride and Prejudice character Elizabeth Bennet; an image of Jane’s eldest brother Edward’s home, Godmersham Park in Kent; and the writing table she used at home in Hampshire. These leafy locations and country mansions are usually what spring to mind when imagining Austen’s life and novels, but the author also did some of her writing in London and, more specifically, in houses on Sloane Street and Hans Place.

Austen often made the 50-mile journey to the capital to see relatives, beginning the trips in her early teens. In her letters she describes paying the bill at Twinings tea shop on the Strand and shopping on Bond Street. She usually stayed in hotels but when her brother Henry married Eliza de Feuillide (who was also his cousin) in 1797, Jane began to stay with them.

Henry, who was a banker, and his wife moved to 64 Sloane Street in 1809. Chelsea was then in the county of Middlesex and Jane first stayed there in April 1811. The large house was “appropriate to the status of a rising banker and his dashing wife,” according to the late Vera Quin in her book Jane Austen in London. Quin describes the couple as “highly gregarious” and said people were seen there “by the dozen” every week.

It had three stories and an attic floor, but in 1897 another floor was added and the house refaced. Unlike Henry’s other house in Hans Place, there is no blue plaque (and, at the time of writing, it is covered in scaffolding for refurbishment). Together with the adjoining streets, the house was part of the Hans Town development built by architect Henry Holland. The beige-grey bricks Henry used discoloured, leading many residents to give their houses a white lime wash. Others gave up the struggle and chose a black wash instead, which is why the only original house, 123 Sloane Street, is black – described by Quin as “a slice of urban elegance akin to a Chanel suit among a gaggle of dowdy women.”

The Sloane Street house played an important part in Jane’s writing, as it was where she corrected the proofs of Pride and Prejudice, which marks its 200th birthday this year, and Sense and Sensibility. “No indeed, I am never too busy to think of S&S. I can no more forget it, than a mother can forget her sucking child,” Jane wrote to Cassandra in 1811.

In 1813, Jane returned to support Henry while Eliza was ill. Eliza died that same year and Henry moved out soon after – ending up in a place nearby. Henry’s house at 23 Hans Place is easy to spot as it’s marked by a blue plaque reading: “Jane Austen, novelist, stayed with her brother Henry in a house on this site 1814-1815.” However, Louise Allen, author of Walking Jane Austen’s London, says the plaque is “a little wrong” as the inside layout of the house is the same, it’s the outside that has changed.

Jane arrived at Hans Place in August 1814. “She wrote about the lovely gardens there and talking over the fence to Henry’s banking partner who lived at number 26,” says Louise. The front door was where the blue plaque is now and Jane’s room overlooked the entrance. It was at Hans Place that she was taken on by John Murray, who remained her publisher until her death. “Henry wrote the letters to arrange the deal, as a lady was not meant to do such things,” says Louise, “but I suspect they were to Jane’s dictation as they sound like her!”

The Alton branch of Henry’s bank collapsed in late 1815 and the other branches followed, leading to Henry’s bankruptcy and illness. Jane came back to Hans Place to nurse her brother, before Henry left London completely to become a country clergyman and Jane never returned.

Henry is often described as Jane’s favourite brother, as is evident in her many visits to his London abodes. “I think the fact it was Jane, not Cassandra, that nursed him when he was ill and that she was there when Eliza was dying, proves how close she was to Henry,” says Louise.

It’s not only her visits that link Jane to Chelsea. The London branch of the Jane Austen Society meets regularly in the hall of St Columba’s Church on Pont Street. It has around 130 members, and hosts speakers, such as PD James, and events on all things Austen. “It’s for anyone who loves reading Jane Austen,” says Heather Wills-Sandford, chair of the London branch. “It’s to keep up awareness and keep people reading.”

After much campaigning, the Bank of England announced in July that it would feature Jane Austen on the £10 note, replacing Charles Darwin. Heather, who is also secretary of the Chelsea Arts Society, echoed the views of Austen fans everywhere when she called the news “excellent”.

For more information on the Jane Austen Society, visit www.janeaustensoci.freeuk.com. 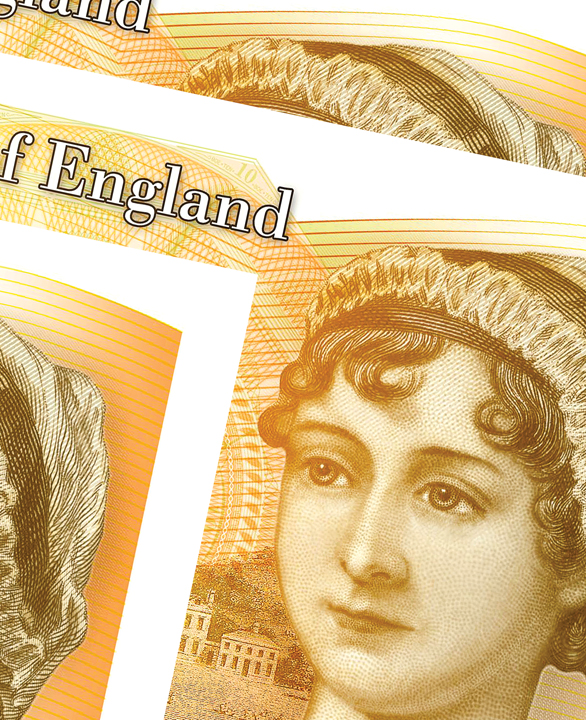