Breakthrough Breast Cancer is recruiting an army of bakers to fire up their ovens and beat the disease in the first ever Great Pink Bake Off on October 18. Actress, author, businesswoman and Chelsea resident Jane Asher tells us how she got involved with the event.

How did you get involved in the Great Pink Bake Off?

As a doctor’s daughter I’ve always leant towards medically-based charities, and when Breakthrough Breast Cancer approached me, I was only too happy to help with this campaign. Baking is such an important part of both the personal and business sides of my life, so it’s a really good fit, and the charity is a terrific organisation doing a great job.

It’s Breast Cancer Awareness Month throughout October. Why do you think it’s important to raise awareness?

Although more women than ever before are surviving the disease, 1,000 women are still dying from breast cancer each month in the UK, and this is just not acceptable. Researchis progressing all the time and with enough funding I believe we could improve diagnosis and treatments in the near future so much that we would have what would in effect amount to a ‘cure’. This baking campaign is a very enjoyable way of not only raising some of these much needed funds but also of promoting the cause generally.

What would your advice be for novice bakers planning on taking part in the Great Pink Bake Off?

To start with a well-tried recipe and not deviate from it until you’re really confident. Bakingis a very scientific business and that means that if quantities and oven temperatures are followed, it really is pretty hard to go wrong. The other thing to watch is the size of the baking tin – very often people make the mistake of thinking it doesn’t matter, when it can make a real difference to the texture.

You’re well known for your acting and stage career. With your films, writing and various business ventures, how do you find time to bake?

I tend to bake on a Sunday. If I’m not working I’ll switch on The Archers and makea Victoria sponge, or something like some scones or brownies – I find it incredibly relaxing. The satisfaction of putting a home-baked cake on thetable is out of all proportion to the amount of work involved. The beautifully decorated wedding and birthday cakes that we make at my shop are an entirely different kind of thing – the team there are brilliant, and far better at it than I ever was! I’ve always considered myself a good home cook rather than a professional baker, although the books on novelty cakes that I wrote more than 30 years ago were considered a breakthrough at that time. Nowadays those kind of designs are seen everywhere.

What do you loveabout living in Chelsea?

I’ve always been a Londoner and can’t imagine living anywhere else. I was born and spent my childhood north of the park in Marylebone but, after moving to Chelsea over 40 years ago when I met my husband, I think I’m beginning to feel at home. As a lover of theatre and film I particularly appreciate the fact that the Royal Court and the Chelsea Cinema are both on my doorstep, and, as a foodie, I’m a regular at the Chelsea Fishmonger. We’re lucky to have Vanilla Hair and Beauty in Shawfield Street and I also love the mix of people in the borough.

What else you cantell us about what you’ve been up to and your future plans in Chelsea?

My shop has just returned to its home at 24 Cale Street after being in exile in Elystan Streetfor a few months while the refurbishments were taking place. It’s looking really wonderful now and I’m thrilled with the new layout – we now stock absolutely everything that you might need for home baking and cake decorating. Acting-wise, I’ll soon be starting rehearsals for a fascinating new stage play – it’s always a treat to work on something that has never been done before and I’m very much looking forward to it. It will be announced very soon. 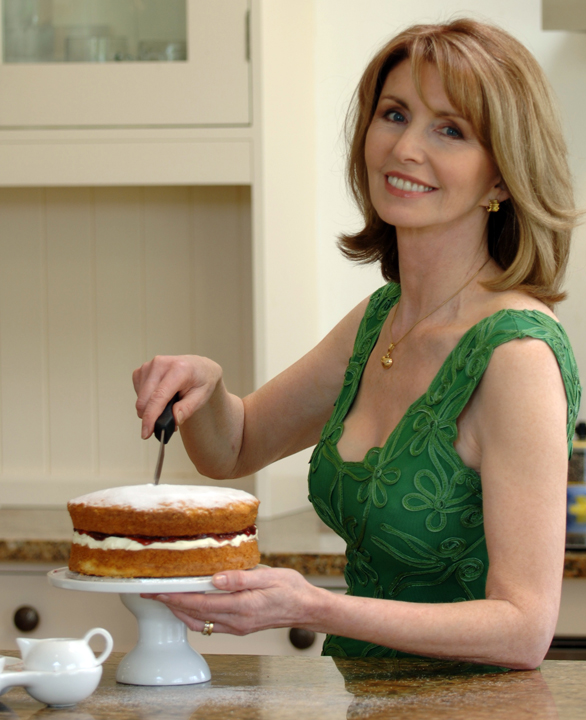