Here’s to a vibrant community

Cocktail Hour is our new slot for interviews with high profile figures in the community. First at the bar is Matthew Dixon, the new chairman of the Northbank BID board. By Jonathan Whiley

I’m in a glittering Monte Carlo casino and a tuxedo-clad James Bond is sitting at the bar, sipping a Vesper Martini with an intensity that seduces the entire room.

Except I’m not. He’s not. The cavernous surroundings of the Corinthia hotel’s Northall Bar are playing a theatrical trick, serving up a potent, transformative cocktail before a drink has even passed my lips.

However two elegant Vesper Martinis – cradling shards of lemon rind – soon arrive on the marble bar in a room which at one time served as a headquarters for the Ministry of Defence.

“Shaken, not stirred,” the barman assures me, with a knowing glance.

Matthew Dixon, commercial director at the Corinthia and new board chairman of the Northbank BID, says this is a cocktail which has real licence to thrill.

“I had enjoyed drinking gin martinis but I just find them too strong,” he says. “This combination, having had a bit of James Bond filmed around here and it being a Vesper Martini, helped me to rediscover them.”

Has he any other cocktail favourites? “I do like a really good Manhattan,” he says. “It’s a classic.”

Guests at the Corinthia are spoilt for choice when it comes to an early evening aperitif with the speakeasy-style Bassoon Bar, designed by the late David Collins, in the adjacent room.

The five-star Corinthia is not only aesthetically striking. The hotel group’s commitment to the Northbank area has been in evidence ever since the bolthole opened its doors in April 2011.

“Early on we were involved with the entity that was the residents and traders’ association before Northbank [BID] was set up,” says Matthew.

“Through my experience of working in other capital cities such as Rome or Hong Kong or Edinburgh, you realise that as a business you are completely linked into many other aspects of the city that maybe aren’t directly to do with your trade or day-to-day business.

“We felt that we wanted to support the area to grow, to change and develop and have the feel and look that reflected what we wanted out of the area.

“Hotel companies are very conscious of their local connections. I think at Corinthia we are that much more connected because we own some of this asset. We’re in it for the very long term.”

Matthew says that he is already relishing the position of chairman of the Northbank BID board.

“It’s a great honour to be able to help colleagues and help the community in a very small way,” he says. “It has made me more aware about walking around the area, seeing how we are working with other providers we have and the teams giving information to the public.”

Raising awareness of the Northbank as a vibrant community within London is high on the agenda, aided by public realm work to enhance and highlight its character and beauty.

“I think the challenge is twofold,” says Matthew. “Yes we want to raise awareness about what we have to offer, and I think there have been projects where we have raised the profile so that investors in property are coming to a new area.

“The other part is our ability to deliver on the promises and agenda that we set out. Some of them are crucial to the day-to-day feel of the area, such as cleanliness and safety.

“The great thing about the area is the diversity of the activity that happens within it. It’s a commuter area, it’s a business area, it’s a tourist area, it’s a nightlife area.

“The improvements in Villiers Street are essential and our big project in terms of the Aldywch traffic areas and how we work with that to improve air quality. Those are tangible goals.”

Where does Matthew see the Northbank in 10 or 20 years? “We have got to be careful in our ambition in that we want to set out an agenda where people can see the benefit,” he says.

“In the commercial world of retail there are a lot of people trying to grab your attention and we have gone about it in a very firm way and there is beginning to be a strong identity.”

Matthew believes the Northbank BID’s ability to make and nuture relationships is crucial.

“I found one of the most interesting things is the power that the Northbank BID has in bringing all stakeholders to the table to talk about things, whether it be Transport for London, the police, the local authorities,” he says.

“I’m genuinely impressed at the ideas and principles behind what we are trying to achieve and being able to bring people in to talk about what’s happening. It’s a complicated jigsaw.”

MIPIM, a four-day real estate exhibition held annually in the south of France, is another opportunity for Matthew to promote the area to a wider audience.

His personal ties to the area go back 30 years. He began his career as a management trainee – part of a five-year apprenticeship – at the Savoy where he had a memorable encounter with Barbra Streisand.

“I was a young waiter in the Thames Foyer at the Savoy and I didn’t recognise her and she was wearing jeans,” he recalls. “One of the key things we were told was unfortunately you don’t serve anyone with jeans and so I was just about to tell Barbra Streisand that I couldn’t serve her.

“Out of my left eye the restaurant manager was charging towards me and very politely nudged me out of the way.”

It is not Matthew’s only starry encounter. He recounts a memorable breakfast with Bob Geldof in Rome, a brush with the power of Bill Clinton’s charisma and a drink with George Clooney in this very bar. Suddenly the idea of Daniel Craig sipping a Vesper doesn’t seem that far-fetched after all. 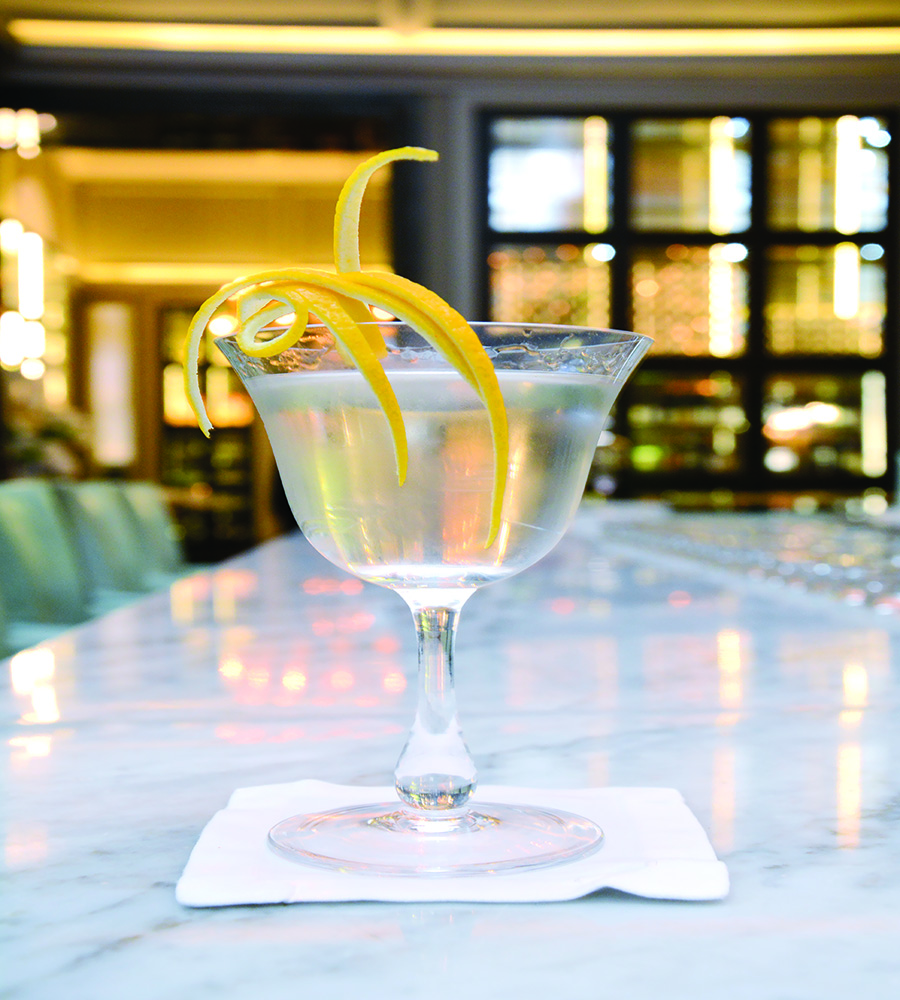