From The Front Line

The National Army Museum will reopen with bright new spaces bringing military history to life. Lorna Davies gets a preview.

From the Duke of Wellington’s cloak to a Sharpshooter rifle used in Afghanistan, the new-look National Army Museum (NAM) will have 2,725 square metres of new displays when it reopens on March 30.

After closing its doors in May 2014, the museum has undergone a £23.75 million transformation which provides it with a bright, open atrium, five new galleries and temporary exhibition space, a 156-seat café, a shop and a study centre.

The collection covers military history from 1066 to the present day and highlights the contributions of soldiers from Chelsea to Calcutta.

“At the heart of the National Army Museum’s work are people. We tell stories of endeavour and experience, humour and heroism, controversy and conflict,” says Janice Murray, director general of the museum.

“We know that when communicated well, these stories carry insight that truly resonates in people’s lives.”

More than 2,000 objects will be displayed in five permanent thematic galleries – Soldier, Army, Battle, Society and Insight – which will allow visitors to discover the stories behind the battlegrounds.

Dr Peter Johnston, NAM’s collections and development review manager, says the layout is designed to give visitors a clearer experience.

“The National Army Museum covers the whole of the army’s history, from the 1640s to today. It’s such a massive story,” he says. “By organising the new galleries thematically, rather than chronologically, it allows our visitors to experience the breadth and depth of our collection in new ways.

“Visitors will be able to see areas of change, as well as continuity. It also means that the museum can continue to expand its collection and explore future conflicts and areas that the British Army is involved in.”

New objects acquired include a watercolour that is the earliest known representations of Niagara Falls, painted by Thomas Davies, a Royal Artillery Officer, and the Duke of Wellington’s cloak, which he wore during the Waterloo campaign. After the battle the duke gave the cloak to his lover, Lady Caroline Lamb, and it remained in her family until its sale 200 years later.

The first gallery visitors enter is Soldier. This draws on the abundance of individual stories contained within the NAM’s archive and uses them to bring to life displays of personal and often inspiring objects which explore the human experience of soldiering across the army’s history. The thoughts, feelings and human experience of soldiers remain remarkably similar over the centuries.

Visitors will be able to have a medical to find out which regiment they could join, try out their marching skills and learn how to assemble a gun. The display follows the life of a new recruit through training, daily life and the reality of crime and punishment, both combat and non-combat roles and, finally, coming home.

Notable items on show include Crimean Tom, a cat adopted during the Crimean War and brought back to Britain as a pet; James McGuire’s Victoria Cross awarded for gallantry during the Indian Mutiny in 1857 (which he later forfeited when convicted of stealing his uncle’s cow); and the Welsh flag that formed part of the memorial for Mark Evison, who was wounded in Afghanistan in 2009 and later died in hospital.

The Army gallery charts the history of British Army as an institution. It explores its origins in the chaos of the British Civil War with the Warrant to raise King Charles I’s Lifeguard in 1642, its major role in the political development of the country, its impact on global history and how it tries to remain relevant amid technological and social change through modern recruitment posters and pocket radios used for Psychological Operations Group activities in Iraq and Afghanistan.

Visitors will be shown how the army has adapted and evolved in the face of changing circumstances, innovations and political policy in order to remain effective and achieve its objectives.

The international story of the British Army will be told through paintings such as the portraits of Oliver Cromwell and Khudadad Khan VC (the first Indian soldier to win the Victoria Cross) as well as the Regimental Colour of the West Indian Regiment, which is the first official representation of black soldiers in the army.

Ever wanted to drive a tank? The Battle gallery gives you a chance to do just that, as well as drumming a battle tune and firing two 19th century weapons.

The display explores the British experience of battle through four eras from the 1640s to the present day. Over the years tactics evolved in the light of technological development and became the chief determinant of victory in battle. However, when the tactics did not keep up with technological development such as expanding bullets, the scale of casualities became horrific.

The largest number of new pieces are in the Society gallery, where objects and stories are brought together to examine the army as a cultural as well as military force. It looks at the army’s impact on our customs, values and choices, from the toys (Action Man) and music (Jimi Hendrix wearing a military jacket, photographed by Gered Mankowitz) we create to the way we vote, drawing on the real experiences of individuals – both civilians and soldiers.

By looking at the army through the lens of fashion (Burberry trench coat), fiction (War Horse) and journalism (Kate Adie’s flak jacket, helmet, identity discs and press pass), and at its impact on medicine, technology and benevolence, a British institution is revealed that is at once recognisable and distant, loved and hated.

No other country’s army has seen service in so many different parts of the world as the British Army, so the final gallery, Insight, looks at its impact in areas around the globe.

The exhibition examines the British Army’s relationship with Germany, Scotland, India and Pakistan, Ghana and the Middle East, by interviewing communities from each location and asking their thoughts on their relationship with Britain, the army and the objects within the National Army Museum collection such as a Nazi car pennant and a cup from the 1715 Jacobite Rebellion.

“I think the most amazing thing was discovering just how vast and far-reaching the NAM’s collection is,” adds Johnston. “We have selected 2,500 objects for display from a collection of more than a million, and it’s not been easy. There are so many amazing stories, and our objects show the huge impact the British Army and its soldiers have had on both British and global history.

“Fortunately, the museum is just one way in which we can talk about these objects. Our public programme of regular and special events in the new museum will focus on those objects we don’t have on display, and we also have the new website, meaning we can reach thousands more people.” 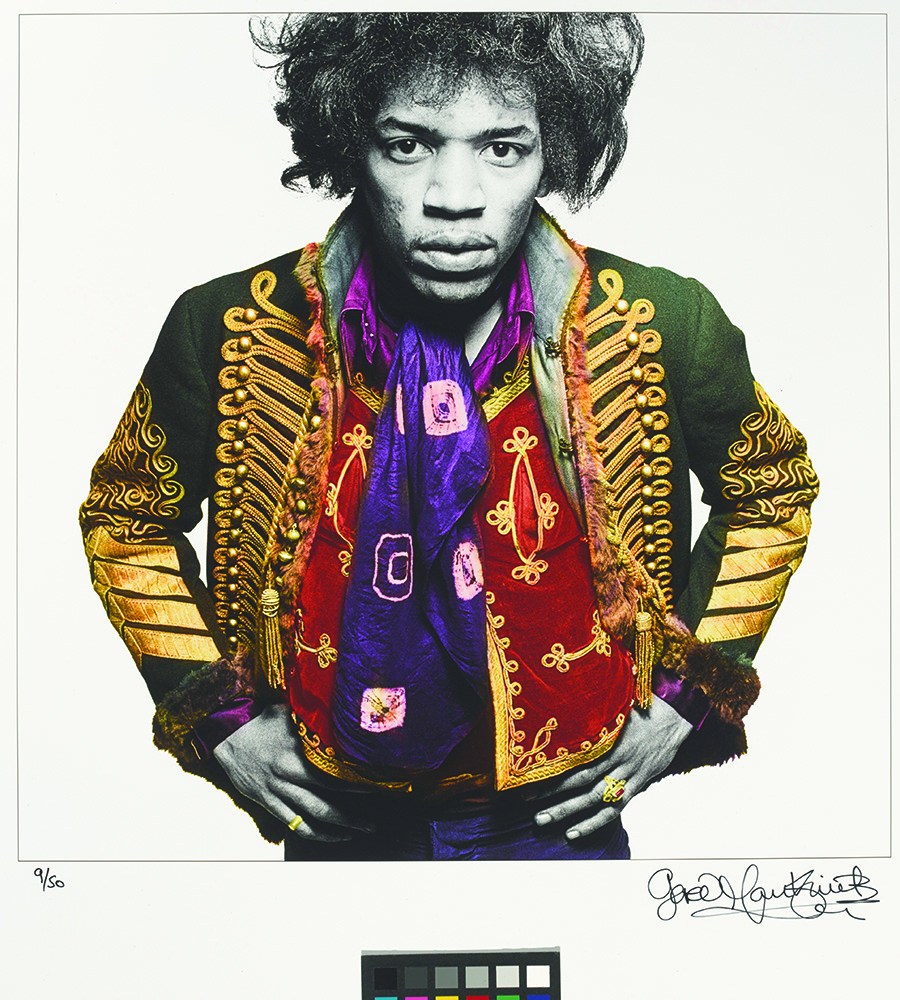