This summer saw the opening of the first Tom Ford London store at 201-202 Sloane Street, joining other luxury retail fashion brands including Chanel and Louis Vuitton.

The 8,000 sq ft flagship store – part of a new retail site being developed by the Cadogan Estate – encompasses the complete world of Tom Ford, the former Gucci designerwho started his own brand in 2005.

Conceived by Ford,who is the company’s president and chief executive, and designed by his longtime collaborator, architect William Sofield, the store features a dramatic spiral staircase leading to the second floor. Here you will find the VIP salon, complete with an antique bronze fireplace, above which is a JoAnn Patterson sculpture.

All lacquer, marble and wood, the store is designed to feel more like a home than a retail environment. It sells men’s and women’s ready to wear, accessories, fragrances, eyewear and cosmetics, including the new men’s grooming line, which launches in November. The menswear section comprises four rooms housing men’s suiting, shirting, sportswear and shoes.

To celebrate the opening of the new store, the company has launched a new fragrance – Private Blend London – that is available to buy exclusively from the Sloane Street store for six months before going on sale internationally.

Designed to capture London’s cultural vibrancy and the “tension between composure and carnality”,the fragrance, priced at £140 for 50ml and £320 for 250ml, features top notes of saffron, black pepper oil and coffee oil; a heart of incense; geranium Egypt and jasmine; and base notes of cedarwood Atlas, Tonkin musk and Dominican Republic torchwood.

Of the Sloane Street store, Tom Ford said: “I am happy to be opening a flagship store in London. Our British customers are among the most discerning and stylish in the world.

“Opening our first directly-operated flagship in the UK is an important step in solidifying our position as a global luxury brand.” 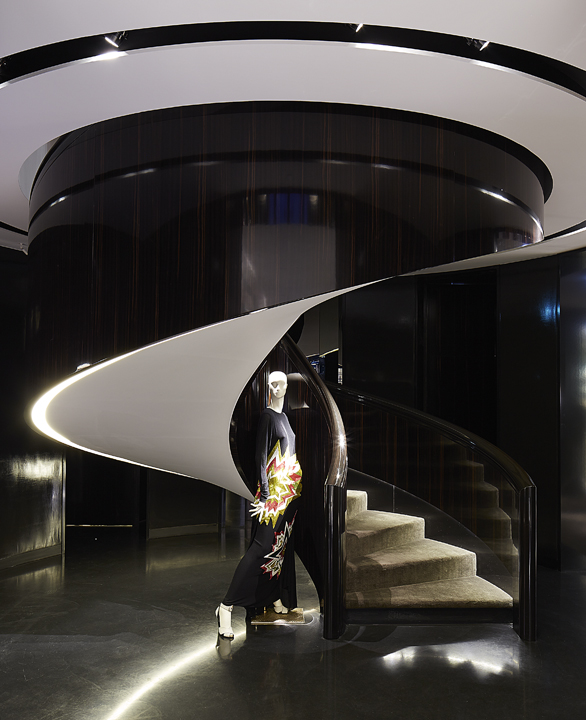