Veni, vidi, vici; I came, I saw, I conquered. Historians may attribute this quote to Roman general Julius Caesar but modern analysts – or indeed journalists – may well come to use it when explaining the rapid growth of Coco di Mama.

Since launching in London five years ago, the Italian fast food chain – known for its speedy handmade pasta and great coffee – has expanded quicker than you can say slow-cooked bolognese.

“We thought by this stage we might have six or seven shops,” says co-founder Daniel Land over coffee in the Victoria Street branch, which opened earlier this year.

“But as I sit here we have 12 and the builders are in for another three. In six weeks’ time we will be at 15. It’s been an amazing story; we employ nearly 200 people now.”

To give you an idea of just how popular the Coco brand has become, head to their Liverpool Street station branch.

It may be one of their smallest shops but each day it serves an average of 1,400 customers, with 600 bowls of pasta alone flying out of the kitchen within a three-hour lunch period.

When you consider the company also sells pastries, freshly made baguettes, soups and salads among myriad other options, the scale of their sale seems very appetising indeed.

In fact, it was such a tasty prospect that last year the Azzurri Group – which owns successful Italian restaurant chains ASK and Zizzi – became partners and their investment and expertise has only served to accelerate Coco’s growth.

Daniel – who started the business with childhood friend Jeremy Sanders – says it’s a deal that works for them as it enables the duo to be at the forefront of the company on a day-to-day basis.

“We still act like we own 100 per cent of the business because I don’t know any different and it does feel like that,” the 33-year-old says. “We’re massive believers in being extremely present and extremely involved.”
This is far from lip service either; on a typical day the pair start work at 5.30am and between them they visit every Coco shop in the capital by 7pm.

If Daniel’s exhausted he doesn’t show it. He seems to have more energy than the Duracell bunny and I’d wager his passion for food and business acumen – coupled with the company’s rapid growth – keeps him going.

Having both quit lucrative jobs at consultancy agencies and invested every penny into their dream – alongside money from a small group of investors – failure wasn’t really an option.

Neither was it ever a possibility. Having spotted a gap in the market for good quality Italian fast food, they wanted to ensure their level of service was a cut above.

In practical terms this means little chocolates alongside your coffee or free chilli and parmesan with your pasta, but perhaps more importantly it equates to friendly and warm service.

Not surprisingly, this has led to a loyal customer following. “I was in Fleet Street this morning, our first store,” says Daniel. “There are still people coming in for whom I used to make coffee five years ago.”

Food has always been a big part of Daniel’s life. He recalls making spaghetti bolognese with his friend’s mum aged five and always relished visiting his grandma in the south of France where he would eat “amazing moules marinière”.

At university he lived with three other guys who all had a passion for food. “We cooked every night,” he says.

When it came to developing the menu at Coco, Daniel says they didn’t want to reinvent the wheel.

“We wanted to create [pasta] sauces that people would love and would be better than what you would have at home,” he says.

“We looked at 20 different recipes and cooked up 20 different variants and invited people round to taste them. We basically honed in on what people really like and wanted.”

As for the future? Daniel says they are currently focused on expanding within London – train stations and airports are on their radar – but they haven’t ruled out further afield.

“I don’t see any reason why this can’t be a business that succeeds in the Middle East and Hong Kong,” he says. “Italian food and coffee is understood and popular all over the world and the way we do it, I think it’s pretty unique.” 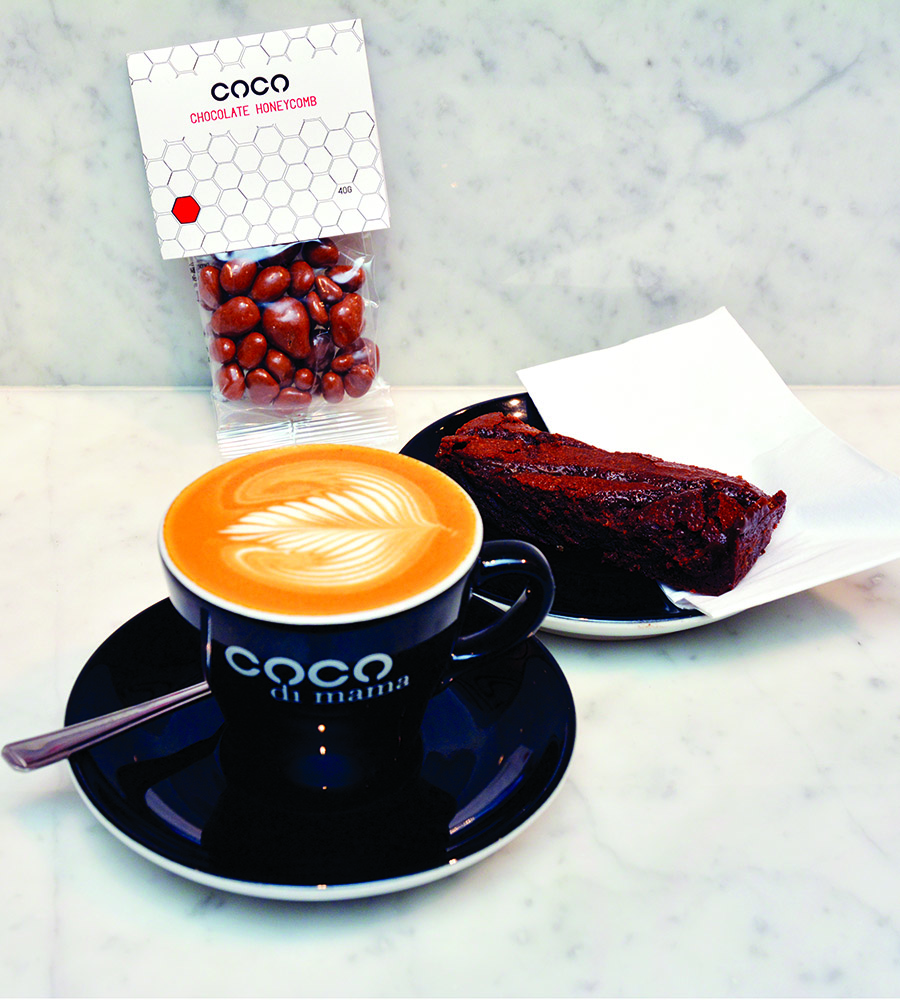