Margaret Thatcher’s death on April 8 marked the end of an era.

Rachael Robathan, Knightsbridge and Belgravia ward councillor:
“I met Lady Thatcher on a number of occasions, not least because my husband is a defence minister so our paths crossed quite often. She was a truly great statesman and our country owes her a great deal.

“I first met her almost 30 years ago, when I was chairman of my university Conservative Association. She invited all of us to a reception in Downing Street each year, and it was her way of thanking us and encouraging us. I remember the enormous thrill and the way she filled the room with her presence. It was quite daunting, to say the least, but she had a knack of putting you at your ease.

“It is not widely known that she was very good with young people – particularly children. About seven years ago, she came to my husband’s constituency as a Vulcan aircraft had been restored at Bruntingthorpe.

“For some reason I can’t remember now, our then nine-year-old son was home from school and I had to be somewhere else so couldn’t look after him. My husband decided he’d have to go to Bruntingthorpe with him – although with some trepidation, as it was quite a grown-up event.

“When Lady Thatcher spotted our son, Kit, she immediately went up to him and – almost ignoring Andrew – said, “come with me”, and then proceeded to take Kit around, showing him all the features of the aircraft and explaining why it was so critical in the Falklands war.
“As someone commented afterwards, the day encapsulated so much about her – her enormous love of and pride in her country and its armed forces, her interest in children, and her understanding that it was vital that the next generation knew what had gone before.
“The last time I saw her was, I think, three years ago, at Founder’s Day at the Royal Hospital, Chelsea. She attended every year without fail, although this was to be her last. She was by then very frail, but her appearance there meant an enormous amount to the Pensioners and their families.
“Just as they always make an immense effort to be turned out immaculately, so she was beautifully dressed with her hair elegantly done, lovely jewellery, etcetera. Even then, she understood that this was something that they would all remember and she wouldn’t let them down by being anything other than perfectly turned out.
“A truly remarkable woman and we’ll never forget her.”

Alastair Hutchinson, local solicitor at Hutchinson Mainprice, Lower Belgrave Street:
“I met Lady Thatcher at a party at her daughter Carol’s apartment. It was some anniversary or other of the date when she became the leader of the Conservative party, and she had given up her seat in the House of Commons some years previously.
“Every single person in the room, apart from me, was famous, but she made a beeline for me to find out who I was. She was wearing a black velvet dress and her face was completely white – like a ghost. I can’t remember what I said but, whatever it was, she had this gift of appearing to be incredibly interested.”

Jeremy Goring, proprietor of The Goring hotel, which was a favourite of Mrs Thatcher’s:
“We were all very sad to hear that Baroness Thatcher had died. “‘Lady T” had been a regular guest here at The Goring for many years and will be much missed. I know the staff who looked after her will want to send their condolences to the Thatcher family at this sad time.
“There are very few people who, when they get up from their table, receive a spontaneous standing ovation from all the other diners in the room – as happened on a number of occasions here at The Goring. Our thoughts are with the family.”

Pam Powell, Belgravia resident and widow of the Conservative MP Enoch Powell:
“Lady Thatcher came to my birthday party and my husband’s. She was a terribly kind woman. When I was a governor of St Peter’s church school in Belgravia, she was secretary of state for education. She visited the school in the early 1960s and had tea with us, the governors.
“I celebrated my eightieth birthday in the Churchill rooms at the House of Commons. It was a lovely party; I really enjoyed it. I had the family there and invited friends. Margaret attended as well, and I remember my grandson took some snaps of her. He’s about 6’2 now, but he wasn’t then.
“Margaret always did everything very well. If you met her in a political context she’d be firing on all cylinders. If you met her just for a drink, she was very, very nice, and happy to meet anybody you produced to meet her. It really is the end of an era.” 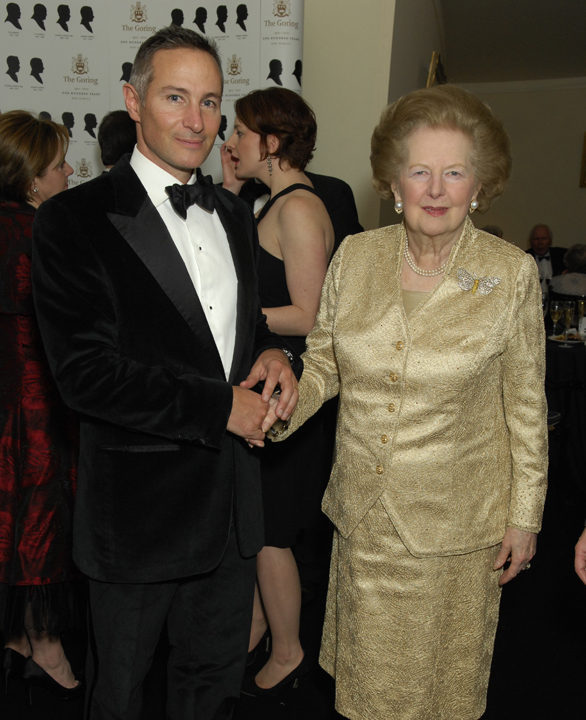