New to the job of Canadian high commissioner for Britain, and to the Northbank, Janice Charette tells Tom Edwards how she’s settling in.

“The ties between Canada and the United Kingdom run deep,” says Canadian high commissioner Janice Charette, a matter of weeks into her new role. “And being offered a chance to advance our shared interest is second to none.”

Her appointment in Canada’s oldest diplomatic post – established in 1880 – is part of a major reshuffle of Canadian diplomats, designed to improve the ethnic and gender diversity of the country’s representatives.

Before her new role in London, based at Canada House in Trafalgar Square, Janice was Canada’s most senior public servant and advisor to the Prime Minister.

“The UK equivalent would be the cabinet secretary,” she says. “I would describe myself as a proud and dedicated civil servant. My career has spanned eight different government departments.” Her career highlight, to date, took place in November last year when she swore in Prime Minister Justin Trudeau as clerk of the Privy Council.
“The Prime Minister appointed a cabinet with an equal number of women and men,” says Janice. “As a woman who cares deeply about the need to advance women in public life, that was an inspiring day.”

Janice herself is breaking new ground as the first female high commissioner to Britain. It has been a baptism of fire in terms of her busy schedule – “hectic but enjoyable” she says – but despite everything she hasn’t had sleepless nights.

“I’m sleeping like a baby,” she says. “Which clearly means it is a great decision to be here.”

The job is vast and varied; Janice is responsible for overseeing Canada’s political and economic outreach and public diplomacy and raising its profile in the UK.
“We have a large consular team here to assist Canadians abroad with everything from lost passports to obtaining Canadian citizenship for their UK-born children and everything in between.

“As you can imagine, no two days are the same – variety seems to be the spice of diplomatic life.”

Ottawa-born and bred – “My husband Reg and I joke that our entire family, including our two children, were born at the same Ottawa hospital” – Janice admits she was an inquisitive child.

“I probably asked lots of questions,” she says. “Traits that have hopefully served me well.”

When she’s not working on how society can better cope with mental health issues, how women can advance in leadership roles or the small matter of foreign policy priorities, Janice likes nothing better than to watch a game of ice hockey played by her two grown-up sons.

“I think we’re both braced for some withdrawal on that front,” she says. “Although we’ve already been introduced to some hockey lovers here in the UK.”

In recent weeks, Janice has also taken part in the annual Terry Fox Run, organised by the Four Seasons Hotel in Hampshire.

“A true Canadian hero, Terry Fox was a young man who had lost a leg to cancer and decided he would run across the country to raise money for Cancer Research,” Janice says.

“He relapsed and passed away before he completed his journey, but along the way he captured the imagination of generations of Canadians. I’m so proud that a small piece of his legacy is celebrated here in the UK each year for a good cause.”

“Love what you do and do what you love” is still the best piece of advice Janice has been given, and certainly she’s lapping up life on the Northbank.

“I’m very aware of how fortunate we are at Canada House to be in such a great neighbourhood, to share this amazing space in the heart of London with so many people.” 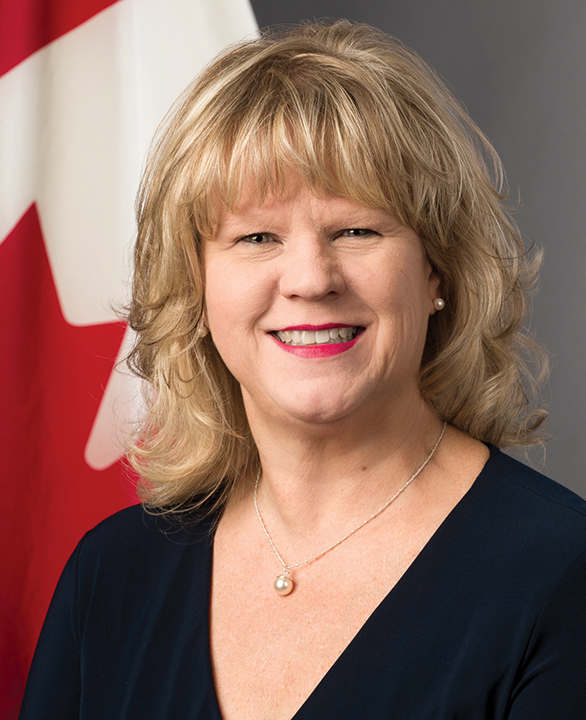