DARCEY BUSSELL TALKS TO SELMA DAY ABOUT HER LATEST PHOTOGRAPHIC MEMOIR, HER ROLE AS A JUDGE ON BBC’S STRICTLY COME DANCING AND WHY SHE WOULD LOVE TO OPEN A GREAT DANCE HALL IN MAYFAIR

Darcey Bussell is one of the greatest ballerinas of all time. She has worked with Dame Margot Fonteyn, observed an ageing Nureyev and danced for President Clinton and The Queen.

Born in London in 1969, she won a place at The Royal Ballet School and was accepted at The Royal Ballet Upper School in 1985 at the age of 16.
In 1988, the late Kenneth MacMillan gave her the leading role in his ballet The Prince of The Pagodas with The Royal Ballet. A year later on the opening night of the show she was promoted to principal – the youngest ballerina to be given the honour.

Subsequently, she danced every major role in classical ballet and appeared around the world as a guest star with The New York City Ballet, the Kirov, Paris Opera and The Australian Ballet, as well as with the Hamburg Ballet in Germany and La Scala in Italy, before retiring in 2007, aged 38.

Darcey Bussell (Hardie Grant Books, £30) is a stunning photographic celebration of a spectacular career spanning two decades. Showcasing Darcey’s incredible talent, this pictorial biography features revealing personal photographs from backstage and the studio, taken by world-class photographers from Mario Testino and Annie Leibovitz to Bryan Adams, Mary McCartney, Bill Cooper and Johan Persson. The images create a stunning visual backdrop to Darcey’s story, which is woven throughout the book in extended captions. From the nerves of her first ballet at the Royal Opera House to breaking down on stage at the end of her final performance, Darcey reveals the personal memories behind each photograph

Why did you decide to do this book?

I’ve become familiar with a lot of the photographers I’ve worked with during my career, and very often they’ve been kind and given me a picture, so I had this extraordinary collection of pictures. When I finished my career, many people said it would be lovely to have a photographic book. Growing up as a young dancer I was totally addicted to photographic dance books, so it was something I’d always wanted to do. And when you have kids [Darcey has two young daughters], it becomes more significant. You don’t want them to forget that their mum was a dancer, because it gives you a short career and things move on. So it was a bit of a passion, and I’m very happy that I achieved it.

Did you find it an emotional experience?

Yes. I thought it would be really easy and very straightforward, but it was really an emotional experience because I had a couple of dramas and there were tears – it brought back a lot of memories. I suppose with a biography you can do it again and add things, whereas with a photographic book, I knew there wasn’t going to be a chance to do a book like that again.

Did you dream of being a ballet dancer when you were young?

I didn’t, actually. It was very strange – I sort of fell into ballet. My mother sent me because I was very knock-kneed, but it wasn’t ever a dream to go to ballet classes at all. I was very into my gymnastics – I loved my gym, and my gym coach said that I should keep the ballet going to help my gymnastics, even though I really didn’t want to. It wasn’t until I was ten that I suddenly said: “Hang on, I’d really like to carry this on.” My mother wasn’t keen for me to go to The Royal Ballet School, so I went to stage school, and I didn’t go to The Royal Ballet School until I was 13. So it was weird beginnings, because it took me a while to fall in love with ballet. The discipline behind it is hard for a child, I guess.

Few people make it as a top ballet dancer. Why do you think you succeeded?

I think it’s just because I’m stubborn. Frankly, when someone says: “This is not for you,” I always want to prove them wrong. So there was a lot of that in me from a very early age. The more knocks I got, the better it was for me in a way, which is a bit strange.

Did you ever feel like walking away from it all?

In my first year, I thought I’d made a big mistake – I think just because I couldn’t believe how difficult it was. I thought it was meant to be fun and all lovely. I was really far behind – I’d missed two years at the school, so I was struggling a lot, and nothing seemed to work. But with a bit of stubbornness I got through that year, and then it changed for me.

What have been the highlights of your career?

Guesting was very significant to me – that’s where I gained most of my confidence. One of the most significant shows was in Washington, where we premièred a brand new production of Sir Anthony Dowell’s Sleeping Beauty in front of President Clinton and Hillary. The security and the whole hype surrounding that was extraordinary. It was being filmed as well for a documentary at the same time, so there was just so much going on, and I just remember it being quite daunting. So it was a big deal doing that one, but luckily everything ironed out for the show and it worked, thank goodness.

How did it feel when you retired?

I think I’d been building up for a long time. I never dreamed that I’d still be dancing after having my second child, but I did for another three years. I knew I was lucky, and I was thinking: my God, I’m still here and still enjoying every minute of it, still wanting to perfect it. But I knew I couldn’t go on like that. I didn’t want to test that luck, so I was very conscious of finishing well. Often you push the boundaries, and I didn’t want to do that. I was fortunate that my husband was there to support me when I retired. It was interesting because I went straight into Viva La Diva, a musical tribute show, with katherine jenkins, so it didn’t seem like such a massive loss. But obviously, all my life I only knew who I was because of my career, so it was very odd when than stopped. At least I jumped into something else that was a bit challenging.

What do you miss most about your dancing career?

Has all the physical training had an adverse effect on your body?

I do have a lot of wear in my joints, sadly, but it just sort of goes with the profession. It’s like being an athlete I suppose, nowadays. A dancer can’t escape that. If I keep strong and keep my muscles strong, then hopefully I shouldn’t get much more wear and tear. I have had a couple of ankle operations and I’ve had a knee operation, but as long as I’m not silly, there shouldn’t be any more injuries.

Have you enjoyed your time on Strictly Come Dancing?

I am enjoying it now. It took me a while, I have to say. Anything like television takes a while to warm into, to just get over the nerves. I’ve always been a massive fan of the show and I love what it sells. Dance is the easiest thing for me to sell and to give a positive light to – and the show definitely does that, because it just makes out that anybody can have a go and have an amazing journey in the process. Even if they are the most unpredictable dancer you’d ever imagine, or you think they have no ability, or think they don’t have the physique, it doesn’t matter.

Do you find it challenging being a judge?

Well, most of my life I’ve never had to open my mouth – I’ve spoken with my body. So yes, it is challenging. You don’t want to be repetitive when you are coaching somebody or trying to give them advice, or overload them with corrections. They are also people who have never even attempted anything like this in the past. So you want it to be fresh, new and interesting, and that’s really hard. And as it’s live television – there’s not much time to think.

Do you still dance?

I do Zumba twice a week. I love it – it makes me smile. Actually, if I start it on Monday I don’t need to do much else – it’s a real pick-me-up.

When was the last time you had a groove on the dance floor?

A long time ago. It’s funny, with a lot of professional dancers they are not the most natural movers. Give them some steps and they are fine, but not if they have to be spontaneous. But I’m not shy, and I am quite happy to make a fool of myself – I don’t mind that at all. I always die for the next time I can go to a nightclub or somewhere where there’s dancing. A big goal of mine would be to open a great dance hall with a bar.

Would you consider opening a dance hall in Mayfair?

Oh, just imagine! I just need some investor who will give me a space, and we can do something amazing. It should be a way that people socialise now. It’s the best thing to make you feel good – I can’t think of anything else that makes you feel as good, except maybe lying on a beach and going for a swim. 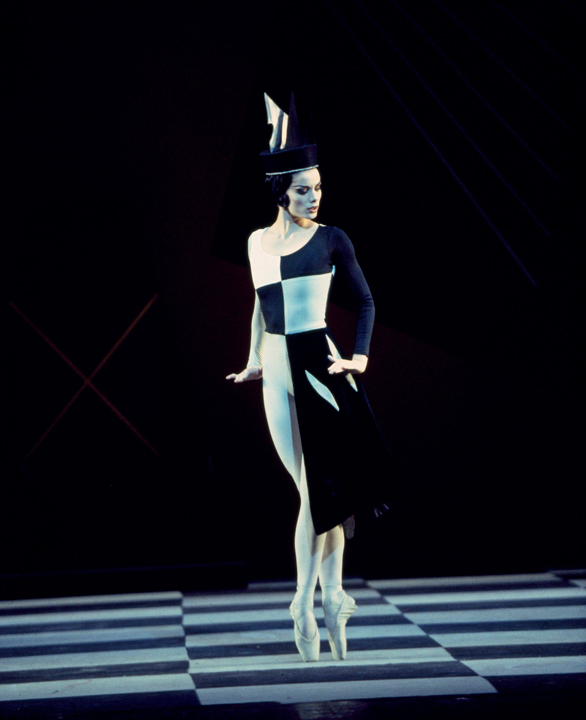