Arkady Novikov started his restaurant empire over two decades ago with a loan of $50,000. Since opening Sirena in June 1992, his company has grown into a multimillion-pound organization, with over 50 restaurants in and around Moscow, showcasing 18 cuisines. In November 2011, he expanded outside Russia, with the opening of Novikov Restaurant & Bar in Berkeley Street, followed by the Brompton Asian Brasserie in April 2013. He’s now opened a new restaurant in Albemarle Street called Rextail and is also relaunching the Rififi Club in Hay Hill.

Can you tell us about your new projects in London?
We are opening two new places: one is Rififi Club, which will be a lounge bar/club, and the other is a restaurant named Rextail, which will be a meat restaurant and grill. They are in good locations, not far from Novikov, and we hope they will become popular.

Why now?
Because there is a market and there is a demand. Also because we have managed to earn ourselves something of a name, which should be maintained.

What is the attraction of Mayfair? Did you consider opening anywhere else?
We already have a restaurant in Chelsea, on Brompton Road, which isn’t a bad place, but in my opinion Mayfair is slightly better as there seems to be more clientele, more hotels, more nightlife, a variety of very different people and businesses, tourists and so on.

Why do you think Novikov has been so successful?
Work, work, and more work. A professional approach and, probably more importantly, we are lucky that we have with us professional chefs and managers. In general, this whole thing is not even due to us but due to all the staff that work here, starting from the cleaner all the way up to the director.

Are you surprised by how successful it is?
Yes, I guess I am.

Who are your customers and are you aiming at a different clientele at your new ventures?
No, I really like our clientele. I am happy with everything, as we have very nice, grateful customers and beautiful people, so no, not really. Of course, you always aspire for better, but I’m not quite sure if there is a better in this case. In my opinion, it’s not bad as it is.
There are rumours that a lot of our customers are Russian. Of course, the Russian public are very nice people and great customers, but in our restaurant, everyone is equal. Just as before, we desire an international clientele, and for there to be loads of them.

What excites you about opening new restaurants?
I just like new projects, new ideas and materializing these ideas into reality and, naturally, making money.

How has London’s dining scene changed since you first opened Novikov?
Nothing really changes. In London, there is a demand for all types of different restaurants, both large and small, fine dining and simple, fast service venues etc. New restaurants are popping up all over the place in front of our eyes – many restaurants are popular and in demand. If it is done intelligently, professionally, competently and honestly, then it all works.

What is the dining scene in Russia like?
Russians are open-minded about discovering new cuisines. However, maybe the one thing I don’t think Russia is completely ready for is fine-dining, gourmet restaurants. Until now, in Russia, there has not been an opening of any high-class, fine-dining restaurants at all and I don’t know if there will be any opening or if there will be a demand or need for it in the near future. Right now, French food is popular, Asian food, Italian, American, European and many more, just not fine dining.

What impact has the Russian community made on London over the past few years?
I like the fact that many are opening restaurants, galleries etc – that they are doing something to attempt to make the city even more interesting, tasty and beautiful. I think it is positive, but I think there could be even more.

What do you do in London?
I enjoy visiting restaurants and galleries – I collect pieces made from Chinese Jade. Some of my favourite restaurants are River Café, The Square and Hakkasan. I like Pret A Manger, I like the snack bars on Walton Street, restaurant Tom Aikens and many, many more. There are so many wonderful places in this city, it is hard to list them all.

What’s next – what are your ambitions?
To live, to work, to raise children and to enjoy life. 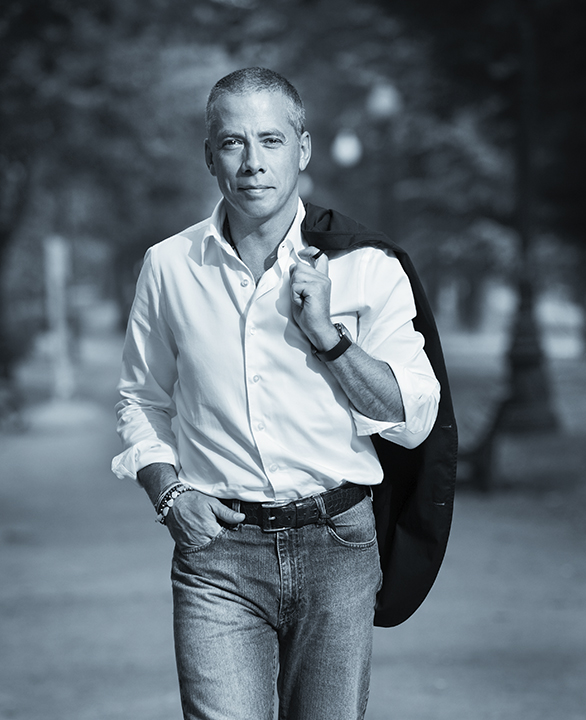